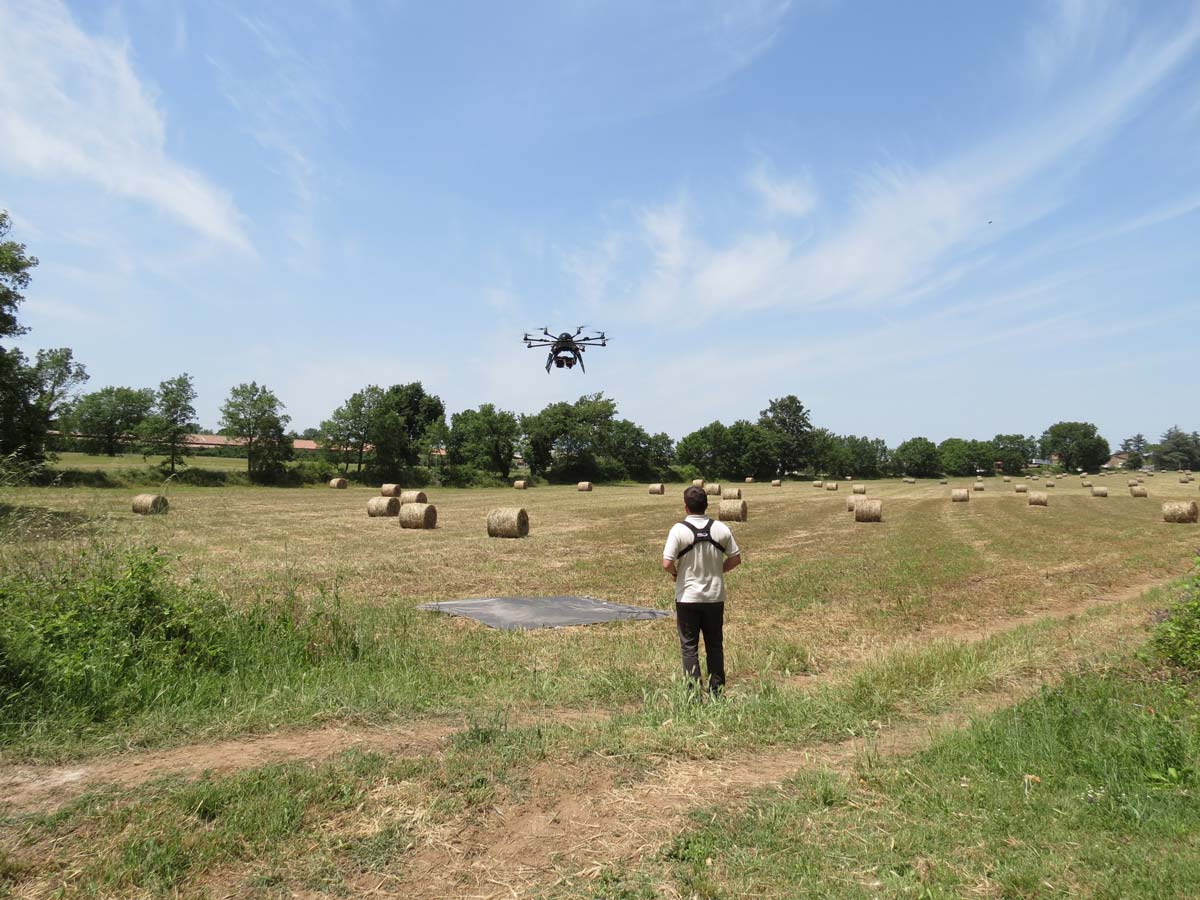 Aerial photography became a fundamental tool in Archaeology, because it allows a wide and detailed observation of a territory, and the visibility of features that cannot be perceived and identify from the ground.

The firsts experiences were done using balloons, but with the advent of planes the opportunity of documenting a territory from the top increased, in particularly during and after the second world war. The contribution of historical aerial photography is today still substantial in landscape studies, because they permit to observe, detect and register traces of land use changings through the last seventy years, a period particularly characterized by intense soil use and landscape transformation.

In the last decades, the rapid development of UAV (Unmanned Aerial Vehicle) and different types of sensors, represent a further progress.

UAV surveys allow, especially in situations of extreme complexity, to integrate the traditional graphic and photographic documentation, thanks to the possibility to realize, in short times, panoramic images and videos, photogrammetric surveys of areas and buildings, and 3D models. They allow shooting in flight and topographical reconstruction during excavations, the identification of traces visible only from above and not perceptible from the ground, and the modelling of monuments, artefacts and other finds in 3D. Moreover, UAV is a much more practical, economical and environmentally friendly means of transport than aircraft and helicopters.
The combination of these methods and survey techniques can also be integrated by the use of various types of sensors, such as LiDAR, thermal camera, multispectral… They are especially used for the three-dimensional restitution of situations of particular scientific interest, that cannot be otherwise documented.

In Archaeology aerial remote sensing technologies are used with different purpose, such as for the detection of buried features, the study of landscape evolution, the monitoring and detection of heritage in urban and in rural areas. They are also extremely useful for excavation planning and on-site surveys, conservation activities, the promotion of archaeological sites and the dissemination of research.

The increase availability of spaceborne sensors that can provide systematic optical and radar satellite images allows researchers to carried out landscape studies in wider scales.

Ground-based remote sensing techniques allow a non-invasive and non-destructive survey of objects, even on a large scale.